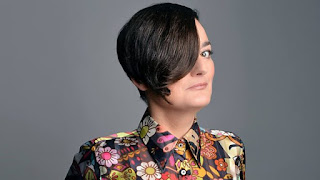 The BBC has commissioned Fizz and Nice One TV to produce Lightning, a new teatime entertainment show hosted by award-winning comic Zoe Lyons.

Lightning sees the traditional quiz show collide with gameshow, in a fast-paced and frantic format designed to leave contestants’ nerves in tatters.

Six challengers battle it out across six adrenaline-pumping rounds while a ruthless spotlight patrols the studio eliminating contestants.

The challengers’ motivation is simple: do whatever it takes to stay out of the light.

With dramatic lightning and a thundering soundtrack, Lightning will combine quick-fire questions with physical trials bringing a new pace and tone to the teatime quiz slot on BBC Two.

Zoe Lyons will preside, supporting contestants as they strive to reach the ultimate goal of £3,000 prize money.

Zoe Lyons says: “It’s incredibly exciting to be the host of Lightning. It’s a dream job for me as I’m a massive quiz fan and - unlike the contestants - I love being in the spotlight.”
Posted by JD at 13:53