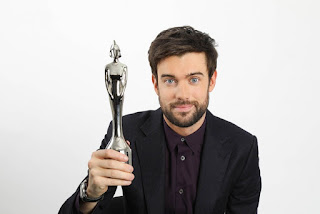 The BRIT Awards 2020 with Mastercard took place last night (Tuesday 18th February), marking a night of ‘firsts’ for the 40th show, and celebrating the achievements and success of both British and international artists and musicians over the past twelve months, live from The O2 Arena in London and broadcast exclusively on ITV and YouTube worldwide.  The show featured more music than ever before with three stages and back-to-back world class performances.

Jack Whitehall was back for a third turn to steer the show through nine awards presentations and nine performances, which included a stunning show opener from Mabel - who went on to win Best Female Solo Artist - for her Gold-certified hit single ‘Don’t Call Me Up, which she performed alongside a hundred dancers, and the global exclusive and spine-tingling live debut of ‘No Time To Die’, the official theme song for the new James Bond theme, performed by Billie Eilish along with her brother FINNEAS, Hans Zimmer and Johnny Marr. Billie was later presented with International Female Solo Artist.

In a first, The BRITs gave the artists performing on the night creative control over their performances - leading to some of the most unique and memorable performances The BRITs has ever seen.

The highly sought after Mastercard Album of the Year award went to Dave, for his critically acclaimed and chart-topping debut Psychodrama. He performed the album’s first single ‘Black’ earlier in the show, a politically-charged, stripped down version accompanied by just a pianist.

Lewis Capaldi - who performed his breakout No. 1 single ‘Someone You Loved’ - followed last year’s Critics’ Choice nomination with a double win, for Best New Artist and Song of the Year. Ahead of the main show, the Scottish singer-songwriter was the first artist to ever perform on The BRITs’ red carpet with an exclusive performance for the ITV2 Red Carpet show broadcast and as part of TikTok’s exclusive red carpet live-stream.

As well as celebrating the biggest moments in music in 2019 the night was a celebration of discovery and opportunity too. Tonight, the BRITs Rising Star award (formerly Critics’ Choice) was presented as part of the main show, which also saw winner Celeste perform her single ‘Strange’ - both BRITs firsts.

Stormzy was honoured with Male Solo Artist, following his win in the same category in 2018, ahead of a show-stopping medley performance featuring hundreds of dancers, a choir and guest appearance from Burna Boy.

The show also saw an exhilarating performance from Lizzo, and Sir Rod Stewart was back at The BRITs to perform solo as well as being joined by Faces bandmates Ronnie Wood and Kenny Jones to close the show with their hit song ’Stay With Me’.

Towards the start of the show, Whitehall addressed the audience to pay tribute to presenter and broadcaster Caroline Flack.

Earlier in the day, Fred again.. was presented with Producer of the Year on the red carpet; the youngest ever recipient of the award.

The BRIT Awards 2020 with Mastercard took place at The O2 Arena in London on Tuesday 18th February and were broadcast live on ITV and streamed on YouTube across the world (excluding the UK and Ireland) for the seventh consecutive year.

As well as being the digital music partner for The BRITs 2020 with Mastercard, Amazon Music are sponsors of the Best Male solo artist & Best Female solo artist award categories.

And The Winners Are…. (in order presented on the night)...

GROUP OF THE YEAR - Foals
Presented by Hailee Steinfeld, Courtney Love and Anne-Marie

MASTERCARD ALBUM OF THE YEAR - Dave ‘Psychodrama’
Presented by Billie Eilish and Finneas O’Connell
Posted by JD at 14:37