Eating With My Ex is commissioned for a third series 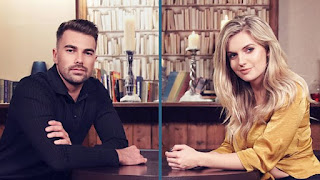 The Bafta-nominated BBC Three show will be making a big return to screens next year.

Eating With My Ex, the dating show with a difference, is set to return to BBC Three for a third series where ex-couples will once again be reunited over a meal, as they are tasked with answering some very awkward questions to find out exactly why their relationship went wrong.

The 10 x 30-minute series made by Thames (part of Fremantle) will include four celebrity specials, where famous exes will be put through their paces - resulting in unmissable viewing.

Amelia Brown, Managing Director, Thames, says: "We have seen a tremendous appetite for dating reality shows, particularly those in the 16-24 age demographic, and Eating With My Ex is truly leading the pack here. The wonderfully diverse participants and stories that feature on the show has helped it to become one of the most talked about series on BBC Three and we know series three will be just as entertaining.”

Kalpna Patel-Knight, Commissioning Editor, Entertainment at BBC said: "I’m really excited that Eating With My Ex is coming back for another bigger and better series with brand new celebs and even more dishes, dramas and break-ups. We’ll all be asking will they or won’t they get back together?"

Thames, producers of Eating With My Ex are looking for willing participants to feature in season three. Whether it’s closure, unanswered questions or simply an apology, Thames would like to hear from anyone who might want to take part in the critically acclaimed series. Participants just need to get in touch using the email address thamescasting@thames.tv.
Posted by JD at 14:10