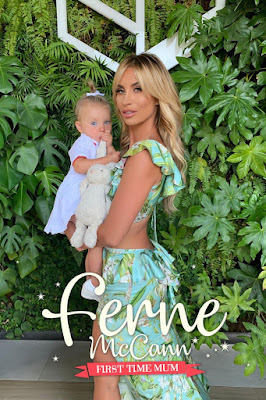 ITVBe today announced that following the success of the last four series, Ferne McCann: First Time Mum will return to ITVBe this spring, followed by another series in the autumn.

Due to air this spring, the 4 x 60” series will see Ferne once again offer another look at her extraordinary life with daughter Sunday, as she juggles motherhood with a career in the spotlight.

This series Ferne and Sunday embark on one of their biggest adventures yet, as they make the move to a brand new home. Ferne also continues her search for love, but could she have finally found her happily-ever after?

Phil Mount, Creative Director at Potato said “There is never a dull moment when we’re following Ferne and Sunday, and this series is no exception! We’re excited to show the viewers what they have been up to since we last saw them.”