Great British Menu is back, and it's bigger than ever! 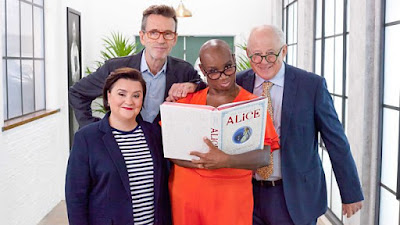 The heat has been well and truly turned up in the Great British Menu kitchen as more chefs than ever before compete for their chance to cook for famous names from the literary world in the exciting new series of Great British Menu later this March.

The 32 chefs will be sharpening their knives and curating their perfect literary based menus, in the hope that they will be chosen by an expert panel of judges to cook at the Great British Menu banquet at the end of the series.

Located in Exeter College, Oxford, the city that inspired Phillip Pullman, CS Lewis, JRR Tolkien and Lewis Carroll, the banquet will feature the very best dishes from across the series and will see celebrity judges, authors and more vote on their favourite dish so one chef is ultimately crowned champion of champions.

There are also some format changes for the new series that make the competition more intense than ever, with any mistake potentially leading to an early exit for even the best of chefs.

Great British Menu will also be reflecting a more contemporary tasting menu this series, with an amuse-bouche and pre-dessert palate cleanser added to the courses, challenging the chefs’ skills and creativity even further.
Posted by JD at 11:21