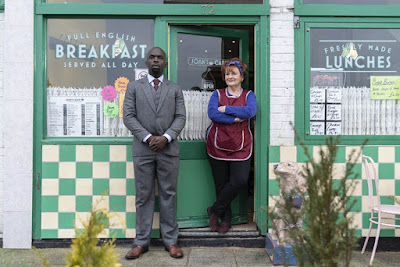 Kate & Koji is a brand new sitcom for ITV.

Respected stage and screen actress Brenda Blethyn will take on the title role of Kate in this new comedy with British television, theatre and film actor Jimmy Akingbola taking on the role of Koji.

Kate & Koji centres around a working-class woman who runs an old-fashioned café in a seaside town and who develops a strong, if sometimes volatile, friendship with an asylum-seeking African doctor.

Although from very different worlds, Kate and Koji are similar in ways which they do not recognise, including a dogged determination to never back down!