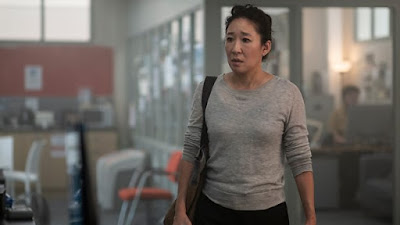 The third series of Killing Eve will be available to stream in the UK exclusively on BBC iPlayer from Monday 13 April - the day after it launches on BBC America.

Episodes will drop weekly and be available to stream every Monday from 6am. Killing Eve will air on BBC One on Sundays at 9pm, starting from Sunday 19 April.

Killing Eve is BBC iPlayer’s biggest non-continuous drama programme of all-time - with nearly 110m requests to view both series one and two to date. The award-winning hit show stars Sandra Oh, Jodie Comer and Fiona Shaw and is based on the Codename Villanelle novellas by Luke Jennings. It is produced by Sid Gentle Films Ltd for BBC America and distributed by Endeavor Content.

Charlotte Moore, Director of BBC Content, says: “The fierce women of multi-award-winning Killing Eve are returning exclusively to BBC iPlayer and BBC One once again, to entertain the nation with more explosive action and breathtaking cliffhangers. I promise you that series three of this unmissable drama has been worth the wait!”

The third series continues the compelling cat and mouse story of two women with brutal pasts now trying desperately to live their lives without the other. For Villanelle (Jodie Comer), the assassin without a job, Eve (Sandra Oh) is dead. As for Eve, the ex-MI6 operative is hiding in plain sight, hoping that Villanelle will never find her. All seems fine until a shocking death sets them on a collision course yet again. The journey back to each other will cost both of them friends, family, and allegiances. And perhaps a share of their souls.