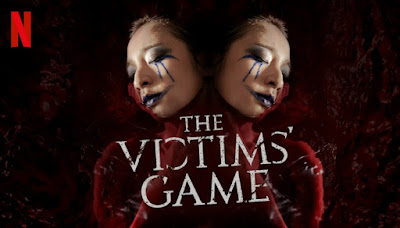 Today marks the global premiere of Netflix’s exclusive Chinese series The Victims’ Game. The series is produced by Greener Grass Production, a winner of numerous Golden Bell Awards in Taiwan. The story is inspired by The Fourth Victim, a bestselling book written by Taiwanese mystery novelist INFINITY.

Starring accomplished actors like Joseph Chang, Wei-Ning Hsu and Shih-Hsien Wang, and featuring one of the most watched Chinese TV actresses, Ruby Lin, this exciting 8-episode mystery and investigation series is set to blow your mind.

Chief Executive Producer Han-xian Zeng says:
“Apart from eye-catching entertainment elements such as serial murder incidents, suspense reasoning plots, as well as stylised character settings, the essence of the story told in The Victims’ Game lies in humanity and love. The main character is a talented forensic expert and a father unable to express his feelings. By hunting down the perpetrators in a series of cases, he tries to rescue those in society who have given up on themselves. However, he also has a hidden agenda unknown to others.

What will happen next? With a level of emotional arousal rarely achieved in the crime investigation genre, this series hopes to resonate with audiences from Taiwan and the rest of the world and take them on a 9-hour mind-striking journey.

Chief producer Sheng-jung Tang adds that:
“The Victims’ Game not only preserves its original Taiwanese features, but also embraces a global perspective. This crime based series set in the local investigation environment of Taiwan, providing a brand-new vision to audiences throughout the world in a narrative way like no other. It is definitely a production that deserves worldwide attention. We hope that global audiences would come to know these talented cast and crew through this series!”

Netflix’s exclusive Chinese Series The Victims’ Game will be premiering globally on 30 April.

About The Victims’ Game
As a forensic detective with Asperger’s syndrome, Fang Yi-Jen detects key evidence in a mysterious murder and discovers that the evidence links to his estranged daughter. In order to find out the truth without being noticed by his police colleagues, he takes risks by utilising his forensic knowledge to mislead his irritable detective partner Chao Cheng-Kuan who is also on this case. In the meantime, he sets out to co-investigate with Hsu Hai-Yin, an adventurous journalist who holds important clues to the case. Fang Yi-Jen eventually realises that the key to the truth is not his excellent forensic knowledge but the feelings and emotions that have been long suppressed…

Email ThisBlogThis!Share to TwitterShare to FacebookShare to Pinterest
Labels: The Victims Game