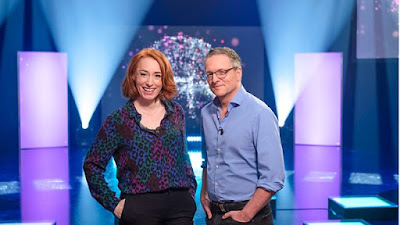 BBC Two’s The Great British Intelligence Test is measuring the brainpower of the nation in one of the largest intelligence experiments of its kind, giving us extraordinary new insights into the nation's mental abilities and what we can all do to make ourselves a bit cleverer.

Devised in conjunction with leading scientists from the Department Of Brain Sciences at Imperial College, London, over 250 000 people around the nation have taken part so far in the online test - revealing important new science about the nation’s changing intelligence.

In this Horizon special, Dr Hannah Fry and Michael Mosley put the public to the test, pitting young versus old, male and female, and tech lovers and readers against each other in a battle of wits. The audience will also be able to play along online.

The results reveal new scientific findings about how our intelligence changes throughout our life. Which mental abilities peak in our 80s? And at what age can adults be outsmarted by 10 year-olds? It explores how our gender can affect our intelligence and it uncovers groundbreaking new science on how our lifestyle and love of technology is changing our brain. Which of our digital habits are improving our mental abilities, and which are harming us?

With the very latest science, The Great British Intelligence test reveals the best ways to boost your brainpower.

There will also be an opportunity for the viewers to test their own intelligence during the programme at www.bbc.co.uk/intelligencetest

Horizon: The Great British Intelligence Test will air this May on BBC Two.
Posted by JD at 15:08

Email ThisBlogThis!Share to TwitterShare to FacebookShare to Pinterest
Labels: Horizon