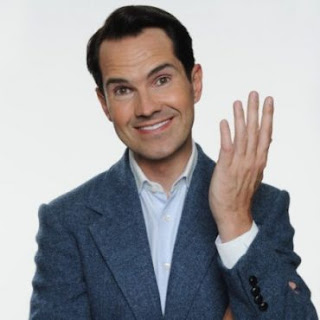 But don't let his deadpan delivery fool you--beneath that air of smug superiority lies a razor-sharp wit that he wields like a comedy Samurai, carving out little gems of sarcasm with each swipe.