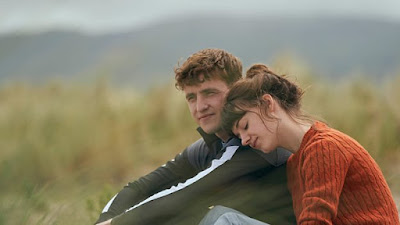 Starring Daisy Edgar-Jones (Cold Feet, War Of The Worlds) as Marianne and Paul Mescal in his first Television role as Connell, the series is a highly anticipated adaptation of Sally Rooney’s international literary phenomenon, Normal People.

Directed by Oscar-nominated Lenny Abrahamson (Room) and award-winning Hettie Macdonald (Howard’s End), Normal People tracks the tender but complicated relationship of Marianne and Connell from the end of their school days in a small town in the west of Ireland, to their undergraduate years at Trinity College. Marianne is lonely, proud and intimidating whilst Connell is well-liked and popular. A strange connection grows between the two teenagers - one they are determined to conceal.

Sally Rooney co-wrote the first six episodes with Alice Birch and executive produced the remaining episodes, which were written by Alice Birch. Episode 11 was written by Mark O’Rowe.

Filming took place last year in Dublin, Sligo, Sweden and Italy and will air on BBC Three on Sunday 26 April, and Hulu on 29 April. Normal People will also air on BBC One.

Series synopsis
In a school in a small-town west of Ireland, Connell (Paul Mescal) is a well-liked, good looking and athletic football player. Marianne (Daisy Edgar-Jones) is a proud, intimidating and unpopular loner who actively avoids her classmates and challenges teachers’ authority.

Sparks fly between the two when Connell comes to pick up his mother Lorraine (Sarah Greene) from her job at Marianne’s house, and a strange and indelible connection grows between the two teenagers - one they are determined to conceal from their peers.

A compulsive modern love story, Normal People sees the pair weave in and out of each other’s lives, and explores just how complicated intimacy and young love can be.
Posted by JD at 15:01