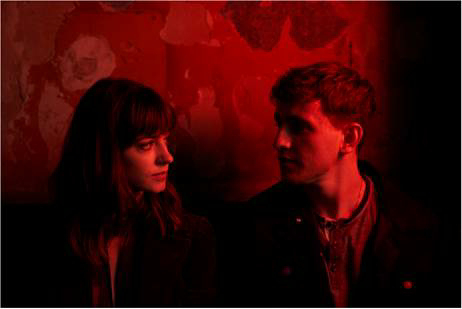 BBC One have confirmed the TX date for Element Pictures’ highly anticipated TV adaptation of Sally Rooney’s international literary phenomenon Normal People. The series will air weekly on BBC One from Monday 27 April at 9pm with two 30 minute episodes.
Starring Daisy Edgar-Jones (War Of The Worlds, Cold Feet) as Marianne and Paul Mescal, in his first television role, as Connell, Normal People will also land as a boxset on BBC Three on 26 April and Hulu in the US on 29 April, as previously announced.
Produced by award-winning International production company Element Pictures, and adapted by Sally Rooney alongside writers Alice Birch and Mark O’Rowe, Normal People is a 12-part drama for BBC Three in partnership with Hulu, and tells an exquisite and compulsive modern love story about how two people can profoundly impact each other’s lives.
Normal People tracks the tender but complicated relationship of Marianne and Connell from the end of their school days in a small-town west of Ireland to their undergraduate years at Trinity College. At school, he’s well-liked and popular, while she’s lonely, proud and intimidating. But when Connell comes to pick up his mother from her cleaning job at Marianne’s house, a strange and indelible connection grows between the two teenagers - one they are determined to conceal. A year later, they’re both studying in Dublin and Marianne has found her feet in a new social world but Connell hangs at the side lines, shy and uncertain.
Honest, smart and intoxicating, Normal People sees the pair weave in and out of each other’s lives and explores just how complicated intimacy and young love can be.
Directed by Oscar nominated Lenny Abrahamson (Room, The Little Stranger, Frank) and award-winning Hettie Macdonald (Howard’s End), with Catherine Magee (Resistance, Rebellion) serving as series producer, filming for Normal People took place in Dublin, Sligo, Italy and Sweden.
Posted by JD at 17:18