One World: Together At Home - a special event from Global Citizen and the World Health Organisation, curated in collaboration with Lady Gaga 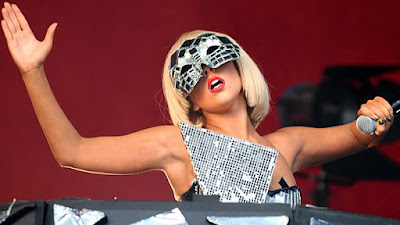 BBC One has secured the first UK television broadcast of One World: Together At Home - a global televised and streamed entertainment special, curated in collaboration with Lady Gaga, which will celebrate the heroic efforts of community health workers around the world.

The event will support the COVID-19 Response Fund, powered by the UN Foundation, in the global fight to end COVID-19.

Lorna Clarke, Controller BBC Pop, says: “I’m thrilled that BBC One is to broadcast coverage of this very special event, featuring some of the world’s most loved musicians, to show support to care workers all over the world at this challenging time.”

The global broadcast will then be adapted and broadcast on BBC One on Sunday 19 April.

Additional performances from the global broadcast on Saturday 18 April will be shown on BBC iPlayer from Sunday 19 April.
Posted by JD at 10:24