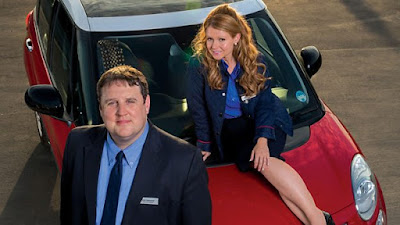 Peter Kay says: “It’s a horrific situation right now we’re all going through and like so many I felt compelled to try and do something positive in an effort to cheer people in some way.

“Sian Gibson, Paul Coleman and myself got together via t’internet and wrote a new short episode of Car Share in an effort to try cheer people up.

“It’s all happened very quickly, in fact it didn’t exist a week ago. “Obviously we weren’t able to film anything because of the lockdown but I hope people will use their imagination and enjoy listening.

“I’ve given the episode to the good people at BBC iPlayer and it’ll be available to listen from Good Friday 10th April.

Shane Allen, Controller of BBC Comedy, says: “We can’t thank Peter enough for giving up his time and effort to make this extra special treat happen in donating some much needed cheer to everybody for free.”
Posted by JD at 13:34