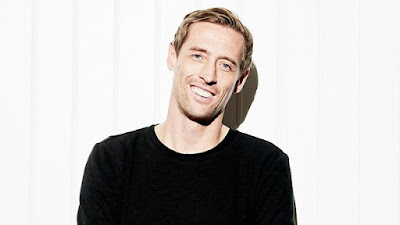 That Peter Crouch Podcast will return for series four on Wednesday 15 April.

Recorded from their own homes, Peter Crouch, Chris Stark and Tom Fordyce to help keep the nation entertained through the UK lockdown

*Two brand new episodes per week, every Wednesday and Friday
*Big special guests to feature on the podcast every Friday
*Crouch to tell stories behind classic football shirts collected in his career

With the UK population in lockdown, Peter Crouch, Chris Stark and Tom Fordyce have announced the swift return of their podcast.

Recording from their own homes, the boys will be #BackStronger, releasing two episodes every week on Wednesdays and Fridays.

Peter Crouch says: “Normally, we’d have a few months off between series. But these aren’t normal times, as me currently acting as my children’s maths teacher indicates… so we’re pulling our fingers out and recording series four of the podcast from our separate homes. I’ll be plugging in devices I don’t understand and hoping they work. If nothing else, it’s got to be better than me teaching maths.”

As well as the usual football chat and insights, Peter, Chris and Tom will share what’s been keeping them occupied whilst in self-isolation.

This week, Crouch discusses re-discovering the vast collection of football shirts that he’s acquired throughout his career. Each Wednesday starting next week, Crouch will wear one shirt of particular significance and share the story and context behind it. Listeners can expect windows into big moments and players from his career, as well as the usual conversational tangents. These episodes will also feature listener questions for Crouch, as well as ongoing chats about their day-to-days in self-isolation.

On Fridays, the boys are set to be joined by special guests from the footballing world. Last series saw Premier League referee Mike Dean guest in a one-off episode, as well as contributions from the likes of Rio Ferdinand, Lucy Benjamin and Lloyd Grossman during the series finale Parched special.
Posted by JD at 13:36