The A Word returns to BBC One on Tuesday 5 May 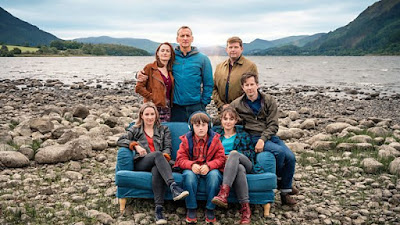 BBC One has announced that the third series of The A Word will return on Tuesday 5 May with series one and two arriving as boxsets on BBC iPlayer from 9 April. Written by the multi-award winning Peter Bowker and produced by Fifty Fathoms Productions and Keshet Productions.

Two years on and things have changed for our A Word family. Joe (Max Vento) is 10 and living in two places at once, processing the seismic change in his life through the filter of his autism.

Alison (Morven Christie) and Paul (Lee Ingleby) are divorced and live 100 miles apart. Nicola (Vinette Robinson) has moved to London. Eddie (Greg McHugh) lives with his dad. Only Maurice (Christopher Eccleston) is holding it together. And if Maurice is the one holding it together, you know you are in trouble. A family is always a puzzle and this one needs piecing back together, albeit in a different shape.

Filming for the new series of The A Word took place last year in the Lake District and Manchester with Fergus O’Brien as lead director and Clare Shepherd as producer. Lucy Richer executive produces for the BBC with Patrick Spence, Peter Bowker and Marcus Wilson for Fifty Fathoms Productions and Howard Burch, Avi Nir and Keren Margalit for Keshet International.
Posted by JD at 13:34

Email ThisBlogThis!Share to TwitterShare to FacebookShare to Pinterest
Labels: The A Word