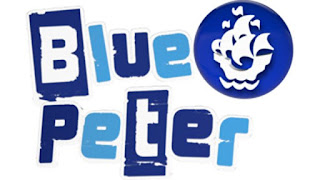 A lucky Blue Peter viewer has the chance to win a ride in a McLaren supercar driven by Top Gear’s famous racing driver, The Stig.

Blue Peter is teaming up with McLaren, one of the leading car creators in the world, to launch a unique competition asking young viewers to design their ‘Supercar of the Future’.

Once restrictions are lifted by the UK government, the winner will have the opportunity to meet with McLaren’s leading designers and engineers and see their winning design brought to life as a 3D scale model, to be unveiled on Blue Peter. They will also win an incredible ride in a McLaren supercar with one of the most famous drivers in the world, The Stig from Top Gear.

The prize also includes a VIP tour of the world-famous McLaren Technology Centre and McLaren Production Centre to see how real supercars are made. The winner will also be awarded the coveted orange Blue Peter competition badge.

In Thursday’s Blue Peter (5.30pm, Thursday 21 May, CBBC and BBC iPlayer), presenter Richie Driss goes behind the scenes at McLaren to find out how you get started in supercar design. Filmed before lockdown, Richie meets Rob Melville, McLaren Automotive’s Design Director, who explains that a supercar should look fantastic, have sensational performance and push the boundaries of what already exists.

Also in the film, Ella Podmore, McLaren’s materials engineer, talks about the importance of choosing materials which can make a car lighter and faster.

Lighter vehicles can give passengers better performance and are also more energy efficient potentially leading to less fuel being used. Entrants to the competition are therefore asked to consider how their car is powered, the impact on the environment and to describe what materials it is made from. They are also asked to choose one outstanding feature of their design and explain why they are proud of it.

Blue Peter Editor, Ellen Evans, says: “This is such an exciting Blue Peter competition with an amazing prize to see behind closed doors at McLaren and experience the thrills and fun of Top Gear too. The judges are going to be looking for designs that are full of imagination, with a great story and we want to see that they have given some thought to the science behind the design too. I can’t wait to see what the amazing, creative Blue Peter kids come up with!”