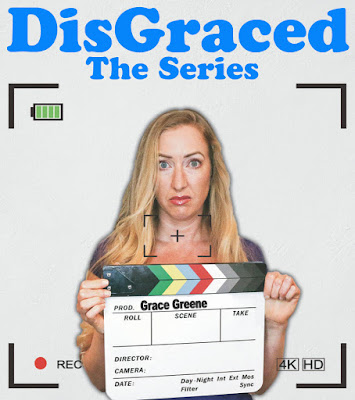 The first season of the new 8-episode series DisGraced, which fixes on the sexism and double standard of Hollywood, has been released online! - Watch at https://www.vicanderic.com/disgraced

Grace Greene is clawing her way back to the middle.

Five years after her big break turned out to be a big flop, a struggling actress asks herself how much humiliation she’s willing to endure for another chance to make it.

Email ThisBlogThis!Share to TwitterShare to FacebookShare to Pinterest
Labels: DisGraced