Graham Norton will be on hand to kick off a night of Eurovision-themed programmes on BBC television on Saturday 16 May. 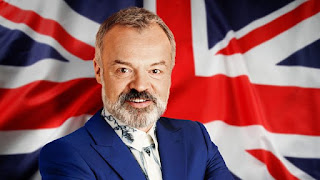 On BBC One in Eurovision: Come Together the British public will get the opportunity to take part in a live online vote to choose their all-time favourite Eurovision song from the past 64 years. This eclectic shortlist of songs has been selected by a panel of Eurovision experts and super fans including Radio 2’s Ken Bruce, Eurovision semi-final commentators Rylan Clark-Neal and Scott Mills, former UK Eurovision acts SuRie and Nicki French, along with uber fans Mel Giedroyc and Radio 1’s Adele Roberts.

Following that, Graham will providing commentary for Eurovision: Europe Shine A Light, which replaces this year’s Eurovision Song Contest and will honour all 41 songs that would have competed in the 2020 contest as well as providing plenty of surprises for fans and viewers at home.

Later on BBC Two, Rylan Clark-Neal will narrate a guide to all things Eurovision in this brand new compilation of Eurovision highlights in The A-Z Of Eurovision.

Moving through the alphabet Rylan will take a light hearted yet affectionate sideways look at the greatest singing competition on the planet, and serves up some of the most memorable, and sometimes forgotten classic moments from the show’s 64 year history.

Plus on Radio 2 there will be a host of Eurovision programmes including Eurovision Kings and Queens of Pop with Rylan Clark Neal and a Eurovision Collection broadcast on Radio 2 and on BBC Sounds, featuring fantastic programmes from the archive.
Posted by JD at 14:27