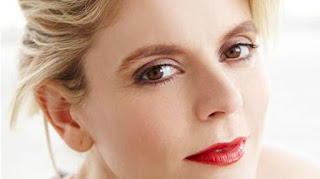 Channel 4 will be returning to the scene of the crime with Emilia Fox and Professor David Wilson in a new series from Alaska TV that looks at several unsolved murders.

The series will be shot like a drama, with each episode seeing Silent Witness star Fox and criminologist Wilson (Interview With A Murderer) reopen a cold case.

In The Footsteps of Killers will use the latest in forensic science and criminological research to shed new light on these troubling cases, looking for new leads the original investigation may have missed. Travelling to the locations of the crime, Emilia and David will interview the witnesses, suspects and friends and family of the victims, and attempt to build a picture of what exactly happened.

The series is currently in pre-production remotely and filming is planned to start in the Summer. Production will be adhering to the most up to date Government guidelines on social distancing, personal safety and filming restrictions.

Emilia Fox Said: “I am delighted that Alaska and Channel 4 have given David and I the chance to explore and shed light on these fascinating unsolved cases. We will use this platform to raise awareness and hopefully bring new evidence to these true crime cases which have gone under the radar.”

Professor David Wilson said: “I am delighted to be working again with Emilia and now back on Channel 4 where in 2017 I presented the award-winning Interview with a Murderer. It’s like coming home. This series is going to take true crime in a different direction by using new criminological techniques to shine a light on unsolved cases which have for too long remained in the dark.  Our goal in every episode is to get justice for the victims and I sincerely believe that is possible. This true crime is crime fact that looks like crime fiction, but we never forget that these are genuine cases that we are discussing and that real people died.”
Posted by JD at 09:38

Email ThisBlogThis!Share to TwitterShare to FacebookShare to Pinterest
Labels: In The Footsteps of Killers