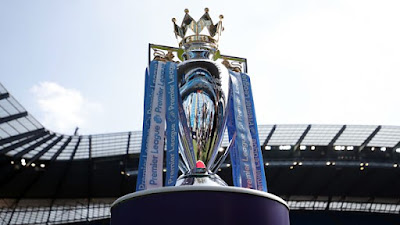 For the first time since the Premier League’s inception in 1992, the BBC has confirmed that it will be broadcasting free to air live games upon the league’s return next month.

Four live games in total will air on the BBC alongside a bumper crop of Match Of The Day highlight programmes.

Director of BBC Sport, Barbara Slater, says:
“This opportunity creates an historic moment for the BBC and our audiences. At a time when sports fans across the country are in need of lift, this is very welcome news. We are delighted and excited to have the chance to show live Premier League games on the BBC. This will offer audiences, who haven't had the opportunity in the past, live, free to air access to the best football league in the world, as the BBC continues to keep the country entertained during these unprecedented times.”

Due to the COVID-19 pandemic, football fans last taste of Premier League action was March 9. The BBC will be working closely with the Premier League to ensure all appropriate safety measures are adhered to in the broadcasting of these games.

Before the Premier League era, the last time a live, top-flight league football match was broadcast during the 1987-88 season; not forgetting Match Of The Day’s highlights and analysis which has been a staple of football culture since 1964. These Premier League games sit alongside the BBC’s existing live FA Cup offering, which we also hope to welcome back to screens soon.
Posted by JD at 15:49