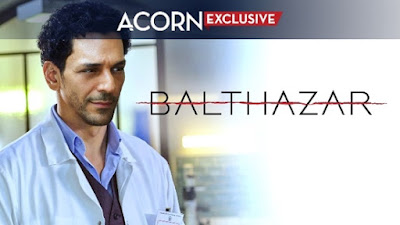 Acclaimed actor director and comedian Tomer Sisley (Messiah, The Heir Apparent: Largo Winch) takes the titular lead in BALTHAZAR, one of France’s highest rated dramas in 2018, reaching some six million plus viewers on TF1. Now Series 1 of this critically acclaimed, gripping drama will make its UK Premiere on Acorn TV on Monday, May 25.

Drawing comparisons to The Mentalist and Bones, this must-see drama, set in Paris, follows the handsome, intelligent and quick-witted forensic pathologist Raphaël Balthazar, who can make the dead speak like no one else.

Assisting on disturbing, violent murder investigations, Balthazar works in his own irreverent way, defying convention, which causes problems for the new, no-nonsense police commander Hélène Bach (Hélène de Fougerolles, Le Secret d’Elise, VA Savoir), who must collaborate with him on some of the most complicated cases the force have to handle.

Using his superlative skills alongside the most advanced technology, Balthazar must help uncover evidence that the police can’t glean from a crime scene. Determined to uncover the truth at any cost, he speaks to the dead during the autopsies and they in turn respond to him.

Although a playboy, Balthazar still mourns his late wife Lise (Pauline Cheviller, Le Secret d’Elise), who was murdered 13 years ago, drawing comfort from imagined conversations with her about mundane everyday things and shared interests… but he’s conflicted. While questioning whether the man in prison was really the perpetrator, he continues the search for her real killer. 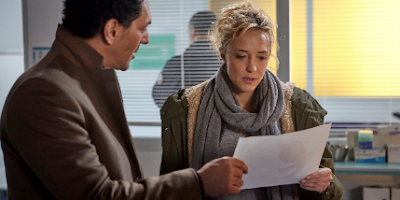 Series 2 will stream on Acorn TV later this summer.

Email ThisBlogThis!Share to TwitterShare to FacebookShare to Pinterest
Labels: BALTHAZAR