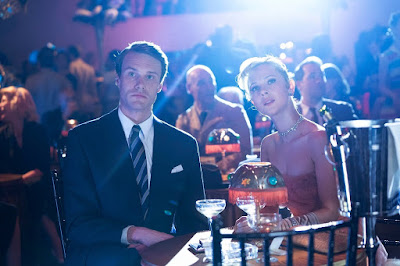 Today, the first trailer has been released for the bold and gripping Sky original Little Birds, brought to screens by BAFTA-nominated Warp Films (The Virtues) and starring Juno Temple, Yumna Marwan, Hugh Skinner, Nina Sosanya, David Costabile, Raphael Acloque, Rossy de Palma and Amy Landecker. All episodes of the brand new drama series will be available on Sky and NOW TV from 4 August.

A bold and subversive re-invention of melodrama for modern times, Little Birds takes the audience and all the characters on a witty, moving and distinctly provocative journey towards freedom and independence.

Cameron Roach, Director of Drama at Sky, said:
“Little Birds is an utterly unique and original series. Today’s trailer demonstrates not only an astonishing visual ambition but also announces the series as an audacious signature piece in our portfolio. We’re incredibly proud to bring this experiential contemporary take on 1950s Tangier to our customers and leave them with a feeling of intrigue, and a desire to live their life their way!”