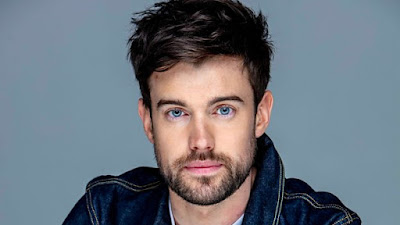 Jack Whitehall’s Father’s Day is a celebration of a special day when so many people are not going to be able to spend time with their loved ones this year.

In the show Jack will visit Michael by setting up on the pavement outside his parents’ front door to spend some quality time together. They’ll reminisce over old family photos, awkward home video footage and tell some classic Whitehall tales. They’ll also be catching up with some famous faces, taking part in a special Father's Day edition of MasterChef and surprising key workers who can’t be with their loved ones this year.

We caught up with Jack and Michael (with a few comments from Hilary) to hear about their relationship and how they plan on making this year’s Father’s Day a truly memorable one.

Tell me about the show, what have you got in store?
Jack: The show is our attempt at trying to have some Father’s Day fun but from the comfort of our own homes, we’re going to have some Father’s Day surprises for Michael which I have arranged and which he will not know about until the day itself. And then a few things which we’re going to film in advance like our stint on the lockdown version of MasterChef, which we’re doing because I’ve been doing a lot of cooking in lockdown and I thought that would be a fun thing to do as it’s a show that we both love. And we’ll be having some guests and some of our usual ummm… chat.

Michael: Wondered what you were going to say then. Usual… chat.

How did this come about?
Jack: This came about from us sort of twiddling our thumbs, sitting at home and thinking about what we may be able to do to give people a bit of light-hearted distraction from their lockdown. We worked with the BBC when we did Backchat, though obviously that’s not something we had done for a couple of years, so we contacted them to say: "Would you be up for doing something?" We’ve talked about a lot in the past about doing something for Father’s Day but it felt like now was a great time to do it with everyone in lockdown. And there will be a lot of people that won’t be able to spend Father’s Day with their dads and hopefully this will be a fun way to show that it’s possible to have a close relationship with your dad even when you can’t be in the same room as him.

Will filming this show be the first time you see each other in person?
Jack: I have jogged past their house a couple of times so from a distance we have seen each other, but in terms of seeing each other from a two metre distance this will be the closest we have been in a while.

Have you missed each other?
Jack: Yes I’ve missed seeing my dad, we’re a very close family and spend a lot of time together so it has been quite weird to adjust but we’ve found a way, and we’ve done lots of Zoom calls and the family WhatsApp group has been really up and running. And in a way that’s where this all came from, trying to do what we’ve been doing as a family but for other people’s entertainment.

Michael: What is amazing is all this technology, which obviously I don’t understand, but it is amazing that you can actually talk to people on this basis. I talk to Jack and then I think that I have seen him, I never think: "Oh, it would be lovely to see Jack", as I think I’ve just seen him. Of course in reality I haven’t seen him physically but it’s a jolly good back-up to not seeing somebody. In the old days if someone went abroad for a month you lost them, you wouldn’t hear from them, they may write you a letter but it wouldn’t arrive for weeks; I mean I’m going back a few years now obviously. Whereas now you can keep in touch with anyone, anywhere, at any time which is just extraordinary. I mean it’s not the same but it’s a lot better than just not seeing them at all.

Why do you like working with each other so much?
Jack: I guess it’s because it doesn’t feel like work, it’s always just very natural and given that we’re father and son there’s a surprising lack of stress to any of the stuff we do together because it’s always so enjoyable. And it’s nice to be doing stuff with each other, and you know interacting and having fun.

Michael: Yes I think, going back historically, because I didn’t have children until my mid to late forties, and I had sort of got my career well organised by then I was able to spend a lot more time with Jack, Molly and Barney than most fathers would with their small children because they’d be away in an office somewhere. But because I was running my own show I could take time off and go to their schools. I mean obviously Hilary was the one who ran the whole family brilliantly, and still does. But I think that’s one of the reasons I am so close to Jack and his two brothers. Sorry his brother and sister!

Michael: I just love hanging out with Jack.

What was your father like Michael?
Michael: My father sadly died when I was in my late twenties and I never really got to truly know him. He wasn’t very well as he had emphysema and he died in his late fifties. I was close to him and loved him, and he loved me. He had a very good sense of humour, he was very funny and he was called Jack. So Jack Whitehall was a very funny man. But I wish he had lived longer, and today emphysema is something that can be managed with but in those days they didn’t have any cures. I’m pretty hopeless on the family department because they’ve all now gone so when Molly my daughter got married just before the lockdown it was very difficult to dredge up any relation of mine.

Do you have fond memories of Father’s Day growing up?
Jack: I do. Obviously because I was at boarding school Father’s Day would be one of the weekends that you always came home for, so it would be one of the occasions you got to spend time with your mum and dad. They had no excuse not to come and collect us, there was no getting out of it. On other weekends they had excuses, but Father’s Day they were committed to. We would have a Sunday roast; that will be the sad thing about this year - not having one of my mum’s Sunday roasts which I have missed greatly. It just isn’t the same when you make it at home yourself. It’s the one thing you cannot recreate; I reckon you can recreate any restaurant dish but not your mum’s roast.

Michael: Can I just nail something down about Jack and boarding school?

Michael: The truth is we wanted our children to go to London day schools so we could see them every day of the week, but the problem is that those schools are academic and it’s quite difficult to get into a London day school unless you’re very academically gifted. I say no more.

Jack: I would add that I did actually see a lot of them, most weekends I would come home, which was because when I was 13 I told daddy that every weekend you came home they would take a percentage off the school fees so he thought that would drive the price down. So most weekends I was back home Friday to Sunday because he’s so tight and wanted to get some sort of bargain basement deal on my education.

I hear you missed your 80th birthday party of lockdown. How would you have been celebrating in normal circumstances?
Michael: It was true. Apparently Hilary had big plans but I knew nothing about the big plans. All that had to be cancelled and it was just cheese on toast in the kitchen in the end with a glass of water.

Jack, have you got any presents for your dad in mind?
Jack: I have got lots of presents up my sleeve, none of which I can discuss but many of them will be revealed on the show. I have some big surprises some of which he’ll like, some of them less so. Some of them he won’t like and some of them his neighbours will like even less. You’re going to be a pariah in Putney after Father’s Day…

Have you had to go over family memories that you are going to bring up in the show, and finding pictures?
Jack: Yes there’s always a deep dive into the family archive, and mother manages to dredge up some very embarrassing family videos most of which I then veto because I don’t want the world to see them. Some of them are vetoed on account of some of the opinion and sentiment that comes out of Michael’s mouth and some of them because I look like such a weird child and I don’t want people to see that. So I’d say a lot gets found and then a lot gets retracted.

Michael: Quite a lot has been redacted because Jack had a habit as a child of taking all his clothes off, which I didn’t think would be very appropriate for an 8.30pm audience on BBC One.

Jack have you taken parenting tips from your dad for the future?
Jack: Yes. Get them to boarding school as soon as possible. Nannies first, then boarding school and then university. Keep them at arm’s length.

Michael: University worked well didn’t it Jack. We were so proud of him when he got his degree and had his gown and mortar board.

Jack: Two metres from daddy is fine because as a child it was 66 miles the distance between us. Not that anyone is counting.

Can you tell us a bit more about Lockdown MasterChef?
Jack: Me and daddy are obsessed with Gregg Wallace, and on our family WhatsApp group we always send each other Gregg Wallace memes, Gregg Wallace quotes. I love Gregg Wallace innuendos, he’s one of my favourite people on television and we share a love of MasterChef. Obviously I have been cooking a lot during lockdown, so when we came up with the idea of this show my first thought was perhaps we can do something with MasterChef and thankfully they’ve been very up for it. So we’re going to do a very special edition of Lockdown MasterChef with Gregg and John. Food packages are going to be dropped on our doorstep and we’re going to cook a meal and bike them over to Gregg and John and they’re going to decide who wins.

Jack: Which is why you should definitely watch him doing MasterChef.

Hilary: He burnt a burger on the barbeque the other day that was wrapped in cling film.
Posted by JD at 13:37