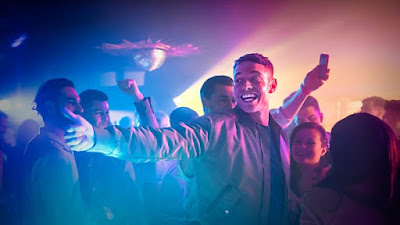 When Billy (Tom Brittney) succeeds in impressing the producers of a fictional constructed-reality show, he believes his life is set to change forever.

A year after the show has aired, while some of Billy’s co-stars’ careers are thriving, Billy struggles to balance the afterglow of fame, social media and tabloid kiss & tells, and the resulting assumptions people have made about his character - forcing deep vulnerabilities to the surface.

Can Billy escape the reputation that now precedes him? 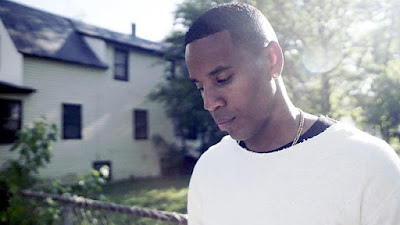 Why did you want to make this film?
Billy (our lead character) has a place close to my heart. I’ve spent my whole career working in television and seen everything it has to offer - the best of it, the worst of it, how much it can be a force for good, and the way it changes lives.

Reality TV is loved by those in it and those who watch it, but there are issues that come with that and this felt like an opportunity to tell a story which explores the relationship between reality TV, social media and fame. It’s been a year in the making but it’s great to finally share this film with the BBC Three audience, who I feel have grown up alongside me. Now, more than ever, it feels like this story needs to be told.

What is the film about?
It’s about a young guy in his mid-20s called Billy, who was a star on a reality TV show. A year after he’s been on screen, Billy’s fame is starting to fade. We’re not pointing the finger. We’re asking questions.

Tell us about the main character, Billy.
Billy is in a unique space, as there’s a new series of the show on air with, as he puts it, “younger and better looking versions of himself” getting a lot of love on camera. It makes him see himself in a different light and it forces him to face a lot of decisions.

He’s trying to work out who he is, off the back of being told who he is for a year, by strangers in the street, people he used to work with, or people who DM him on social media... with complex emotions like these, you can only fully explore this when you’ve got an actor like Tom Brittney, who is able to deliver those necessary layers and nuance.

Is it all bad?
To be really honest I don’t think it is all bad. I do think there is something lovely about people seeing you on the street and having a conversation with you, like they are your friends, because they have grown up with you. I have a unique relationship with that audience, because it has been over such a long time. This project has caused me to reflect on myself in a lot of ways.

What research did you do before writing the script?
To make the film feel authentic I did a series of interviews with people involved in some of your favorite reality shows - the contestants as well as the people who make the shows. Everyone was incredibly open about their experiences on camera and what their lives were like afterwards. Thanks to their honesty I was able to build characters who reflected elements of their experience.

I also took the time to talk to my younger siblings, cousins and friends who really engage with reality TV. I’m hoping we’ve achieved a nuanced, respectful and complicated version of what it means to be in that world.

How does it feel to be back on BBC Three?
BBC Three was and is a huge part of my career, without a doubt. When I decided to pivot to documentaries, I was able to do more because of BBC Three. This film will be the first thing that I’ve written and produced that will air in the drama space. BBC Three is important in so many ways because of who it speaks to and how it does that.
Posted by JD at 13:35

Email ThisBlogThis!Share to TwitterShare to FacebookShare to Pinterest
Labels: Make Me Famous