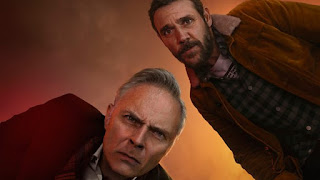 Following the success of the acclaimed award-winning drama Guilt, BBC Two and BBC Scotland have announced that it will return for a second four-part series.

Written by Neil Forsyth (Eric, Ernie And Me, Bob Servant) and co-produced by Expectation and Happy Tramp North, Guilt aired on both BBC Two and on BBC Scotland in 2019. To date, the joint commission has been watched by over three million people across the UK, with more than half a million of those in Scotland and was one of the top-three most-requested BBC Scotland titles on BBC iPlayer.

Guilt will air on both BBC Two and BBC Scotland in 2021 with filming on series two (4 x 60) expected to start in Scotland later this year, following government guidelines around coronavirus.

Email ThisBlogThis!Share to TwitterShare to FacebookShare to Pinterest
Labels: Guilt