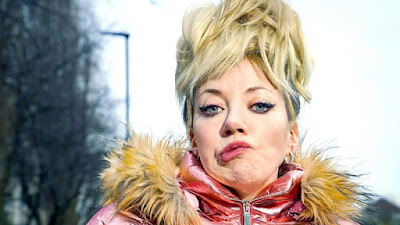 Mandy is a woman with dreams. Big dreams. Most of all she dreams of breeding Doberman Pinchers. But there are hurdles to overcome before that dream can become a reality. In the series we’ll see her go on a health kick, rent out her small back bedroom on Airbnb and attempt a series of short-lived jobs in the modern gig economy.