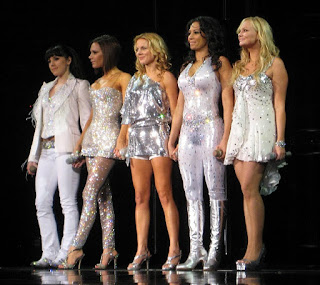 Using hundreds of hours of archive footage and revealing interviews, the series tells the complete story of the best-selling girl band of all time.

Starting from the group’s formation in the mid ‘90s amidst the backdrop of ‘ladette culture’, right through to the recent world tour during the time of the #metoo movement, this series examines how modern feminism has evolved through the life story and events that have surrounded the five members of the group.

Alisa Pomeroy, Channel 4 Commissioning Editor Documentaries said: “The idea of using the story of the supremely popular and mould-breaking Spice Girls to make a multi-layered social history series was too good to pass up. The Spice Girls mirrored and influenced a generation of women and now, nearly 30 years since their formation, their story sheds light on the coming of age of modern feminism in ways we can fully appreciate for the first time.”

The series will be made by the directing team behind the multi award winning Jade: The Reality Star Who Changed Britain, Rob Coldstream and Clare Cameron.

Clare Cameron, Series Editor 72 Films added: “Little did I know when I saw them perform live in Sheffield as a teenager, that I’d have the opportunity to make a series about one of the most iconic pop groups of our time and their impact on young women all over the world.   Following the incredible stories of the band members is an exciting way of exploring the changing story of feminism over the last 25 years."

Girl Powered:The Spice Girls (w/t) was commissioned for Channel 4 by Alisa Pomeroy, Commissioning Editor, Documentaries.  For 72 Films, Rob Coldstream will be the Executive Producer, and Clare Cameron Series Editor.
Posted by JD at 15:10

Email ThisBlogThis!Share to TwitterShare to FacebookShare to Pinterest
Labels: The Spice Girls