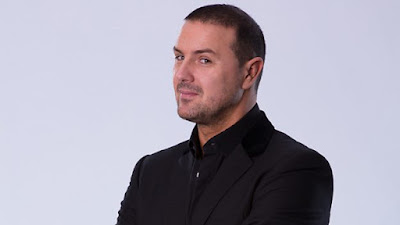 Much loved TV presenter and comedian Paddy McGuinness has today been announced as the host of the brand-new mystery music game show I Can See Your Voice, set to broadcast on BBC One in 2021.

With a whole new take on the singing gameshow genre, Paddy will be guiding teams of two to win a cash prize by bringing his own unique comedic style to the show which promises music, laughs and play along fun for all the family.

Having been on our screen for two decades, Paddy has cemented himself as one of the UK’s most popular TV entertainment hosts. From his appearances in Phoenix Nights to hosting the hugely popular dating show Take Me Out, his comedy background and northern charm has helped entertain millions of households up and down the country. Paddy most recently presented BBC One’s Catchpoint and Total Wipeout: Freddie and Paddy Takeover. He is currently presenting Top Gear for the channel as well as being part of the presenting line up for both Sport Relief and Comic Relief.

Paddy McGuinness says: "A show like this doesn’t come along very often so I am thrilled to have been asked to host I Can See Your Voice. It’s bonkers, silly and the ultimate family night in! Everyone can play along at home and I’m looking forward to welcoming the good and the bad to our stage. The show has been a huge success around the world so here’s to making it the one to watch in the UK in 2021."

I Can See Your Voice will see the two players aiming to win a cash prize by guessing who can and can’t sing from a group of mystery singers standing before them. But there’s a catch… can they predict who has the voice of an angel or who will leave them covering their ears in horror all without ever hearing them sing a note? Helping the players will be our panel of celebrity experts, who are joined each week by a different singing superstar.

As the singing sensations or musical masqureaders navigate through a round of lip sync challenges, they will be offering entertaining hidden clues to the panel of celebrity experts who will help the players whittle down the group until there’s only one singer left. The chosen one will then perform a duet with the singing superstar to reveal whether they can or can’t sing. If the players have picked a good singer then they will take the prize… but if a bad singer is revealed, the imposter will pocket the cash.

I Can See Your Voice will prove that when it comes to singing talent, what you see isn’t always what you get!

For details on how to apply head to www.bbc.co.uk/takepart
Posted by JD at 11:18