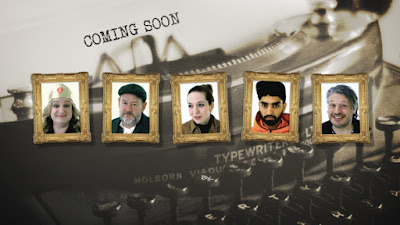 Alex Horne’s International Emmy and triple BAFTA nominated show Taskmaster has revealed the latest quintet of contestants who will feature in the brand new series set to launch this Autumn in its new home on Channel 4.

Perched on their gleaming thrones will be Greg Davies as the incomparable and all-powerful Taskmaster, and Alex Horne as his faithful sidekick and general dogsbody, scoring the efforts of five top comedians as they tackle perplexing and extraordinary challenges in the name of critically acclaimed entertainment.

Hoping to impress the Taskmaster and be crowned the next champion are: BAFTA winning actress and writer Daisy May Cooper (This Country, BBC Three), acclaimed comedian, writer and director Johnny Vegas (Benidorm, ITV), BAFTA winning actress Katherine Parkinson (IT Crowd, Channel 4), comedian and actor Mawaan Rizwan (Live At The Apollo, BBC Two), and comedian, multi-award-winning podcaster and writer Richard Herring (RHLSTP). Wax seals will open, dreams will be made and/or broken, and Little Alex Horne will be wrapped around his master’s little finger providing stats and moral support in the most ridiculous and ferociously fought game show on television.