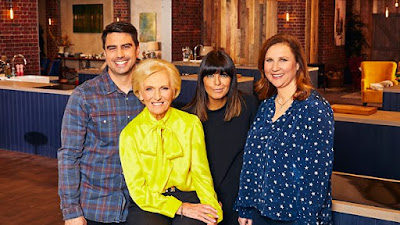 Presenter Claudia Winkleman will once again preside over proceedings, and Mary Berry, Angela Hartnett and Chris Bavin will be there to judge the results.

Celebrating the very best of home cooking, ten stars from the worlds of sport, TV and comedy will cook their hearts out with one goal: to serve up brilliant and tasty food to impress the judges and be crowned Celebrity Best Home Cook. They may be stars in their own worlds but now only one thing counts - can they cook? Who will sizzle and shine? Who will crash and burn?

Claudia Winkleman says: "I’m so happy the Home Cook team are going to be back together, albeit two metres apart. I can’t wait to see what our lovely cooks will whip up for Mary, Angela and Chris.”

Charlotte Moore, Director BBC Content, says : “There is going to be plenty of heat in the Best Home Cook kitchen when we return with a new series full of a wonderful mix of celebrities serving up their favourite dishes."

As with previous series, each episode will consist of three rounds: The Ultimate, set by Mary; The Rustle Up, set by Chris; and The Eliminator, set by Angela.