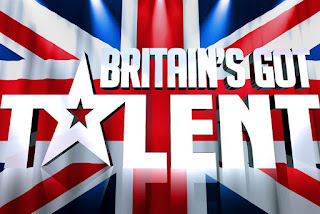 Britain’s Got Talent returns to ITV! Following the auditions in Spring, BGT is back for the semi-finals and grand finale.

We’ll welcome back the acts who impressed the judges and made it through to the semi-finals, not forgetting our golden buzzer acts, singer Fayth Ifil; comedian and singer, Jon Courtney; choir Sign Along With Us; comedian Nabil Abdulrashid; and mother and daughter singing duo, Honey and Sammy.

As usual, Ant and Dec will host the semi-finals whilst Amanda Holden, Alesha Dixon and David Walliams will be joined by Ashley Banjo at the judges’ desk. Eight contestants will perform in each semi-final and the judges will choose one act to go through. The second finalist will then be chosen via public vote when the episode airs.

The series will then culminate with the live final, in October, where one act will triumph as Britain’s Got Talent 2020 Champion and win the life-changing £250,000 prize plus that coveted role on The Royal Variety Performance. 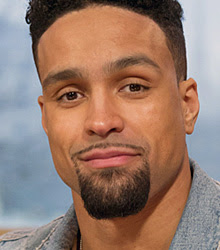 How does it feel to be joining the panel of Britain’s Got Talent?

As if 2020 couldn’t get any crazier! It’s super humbling and super exciting! I remember being on that stage last year and talking about how it’s been ten years since we won, and how people should never tell you, you can’t do something. Walking on that stage as a 20-year-old street dancer from the streets of East London and now I am walking out there and stepping in for the big man! It feels really nice, almost poetic.

What did you think when you heard the news about Simon’s accident?

First and foremost, me joining the show this year is bittersweet because I feel like this year has been full of horrible news. There are a few people over the course of Diversity’s career who have been integral and had a huge impact, and Simon’s one of those. So, to hear that he had had the accident was horrible. I’m just so glad to hear he’s recovering well.

You’ve got some big shoes to fill!

Do you know what? That’s the thing, if I was stepping in for any of the other judges then I’d feel that way, I’d feel nervous about it being big shoes to fill. But with Simon his shoes are well and truly on, no one can ever replace him or fill his shoes. I just feel like I am doing a job for him because Simon can never be replaced in that way. I’m just an addition to the panel, that’s the way I see it. It actually makes me less nervous, the fact I’m stepping in for Simon. To be honest anyone sitting in Simon’s chair would have to bring a level of respect where people go, ‘Do you know what? That person knows what they are talking about’. There’s no one more qualified than Simon when it comes to judging variety acts, and if you’re going to sit on that panel you better have some decent qualifications. But I think in terms of the niche of BGT I am a weirdly qualified person purely because of my journey on the show.

I’ll be tough on everyone! I won’t be Mr. Mean, just Mr. Honest. With a show like BGT there’s no mucking about. It’s not a celeb-based show, it’s not like everyone’s there just for entertainment, this is life changing stuff. I’m going to be sitting there questioning what they are doing, why would you use your two minutes to show the world what they can do and then do that? If that’s how I feel, then I’ll say it!

You are testament to how life changing this show is…

Absolutely. The other judges get it, of course they do, they’ve had as much experience as anyone. But they can never understand the show in the same way as I do. Hearing that title music for the show, even now sitting at home, when I hear that music it sends waves through my stomach. Even now all these years later, I hear that music and Ant and Dec saying, ‘Here’s Diversity…’. It gives me goosebumps just thinking about it. Every time we go out there on that stage I think that this is us walking back in there after ten years and still being able to hold our own. I don’t know if anywhere in the world any other act has done that.

How did the rest of Diversity react when you told them the news?

So, we were on the tour bus and I was like, ‘Guys, I’m in chats about us doing a performance on BGT, so we might have some last-minute rehearsals to do’, and they were like, ‘Oh, OK, no problem, we’ve got this!’. Then I said, ‘And by the way, they want me to step in for Simon’. There was a moment of silence, then they started laughing and erupted into a big wave of noise which I shall not repeat! It was a special moment. They are super happy because we operate as a team, we’re in this together, so they are proud. I think they are prouder than I am!

You’ve had loads of experience being a TV judge, but will you approach BGT differently?

I think so, definitely. I’ve been a judge on other shows and I’ve worked in the industry for a long time now, but this feels personal to me, do you know what I mean? I feel like no other contestant from that show, or even Simon, has had the experience of Britain’s Got Talent that I have. To have been on the show all those years ago and to have then consistently kept the brand of Diversity going ever since, be out there working hard in the mainstream, and now becoming a judge on the show, that’s a very individual story. I’m super excited.

Do you feel any pressure?

Not with this no. I feel pressure every year to remain great at what we do and to keep pushing boundaries, so this is a humbling reward for responding to the pressure all the time. At the same time, you don’t want to sit on that panel and be a potato! You want to make sure you give input, that you’re valued and bring something to the show. So obviously I feel a bit of pressure but I’m just excited about giving it a go.

How are you feeling about working with Amanda, Alesha and David?

I know Alesha really well, Diversity’s only TV performance this year was with her. I know Amanda and although I don’t know David quite as well, he’s a character, right? So, I am super excited to be working with them and getting to see them in a different light.

As someone who has been in their shoes on this show and as a performer too, what’s your advice to them about dealing with the fact there’s no live studio audience?

They’ve got a set up that no one in the history of the show has ever had, so what some people might see as a disadvantage, like having no crowd, I as a performer would be trying to bounce off that and use the situation to my advantage. However you do that is down to you, it’s about showing your creativity. People are going to have to bring their A game, this is a tough challenge. It’s tough anyway but with the changes, it’s crazy. For a start they’ve got me when they will have been thinking about Simon as a judge, they probably haven’t got a clue what I’m looking for. That will bring a different element for them to think about.

Dance acts are always compared to Diversity, are you looking forward to seeing what they bring to the show this year?

Apparently the one to beat Diversity is in the show this year. I’ve been told X1X Crew are really good. They’ve been tipped as the people who might raise the bar on the show so how poetic is it that this is the year I am on the panel?

Have you got any idea what type of act you might like to see in the final?

It’s all so different! In a variety show like BGT it’s not like judging a dance competition or even a skating performance where you’re looking at the technicality. I feel like with BGT it has to be about how it makes you feel in the moment. Everyone is so different, there’s no even playing field, so you have to go with what hits you in the gut.

This year has been crazy for everyone so absolutely I want BGT to remind everyone of how fun we are as a nation. BGT is a warm, family show which reminds us all how talented and eccentric this country is. You want to bring all of that this year more than ever before, 2020 is going to be a year that goes down in history, so I want BGT to be part of the positivity of that story.

You may indeed! I never try and better what we did on the show the last time we performed, I always try and be in the moment. If you try and better what you did you’ll never succeed because we’re not the same people we were last year. Our story now is different. What we can say now is something else completely.
Posted by JD at 13:25

Email ThisBlogThis!Share to TwitterShare to FacebookShare to Pinterest
Labels: Britain’s Got Talent