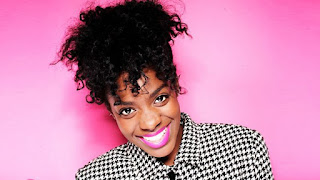 The BBC has announced a range of new formats and titles for BBC One Daytime, which see Kym Marsh, Ashley John Baptiste and Dom Littlewood all returning to the schedule, alongside new addition to BBC Two Early Peak, Sabrina Grant (pictured above).

In the mornings on BBC One, Dom Littlewood examines the booming home delivery industry, tracing the journey of online orders. Moment Of Proof brings true crime documentary to BBC Daytime, telling the stories of police investigations centred around the moment where detectives realise they’ve cracked the case.

Returning for a second series is For Love Or Money, presented by Kym Marsh and Ashley John Baptiste and investigating online 'romance fraud' which has soared during lockdown. This follows a successful first series last year, which also played out in BBC One peak in March.

The new formats for afternoons on BBC Two Early Peak include, Saved And Remade (w/t), where a team of experts who rework items of sentimental value into desirable contemporary pieces, and My Unique B&B (w/t), featuring aspiring B&B hosts keen to earn a bit of extra cash by transforming their spare outdoor spaces into exceptional holiday rentals.
Posted by JD at 16:09