Love Life with Anna Kendrick acquired for the BBC 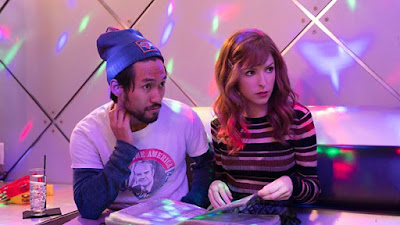 The BBC has acquired the romantic comedy anthology series Love Life, featuring Oscar-nominee Anna Kendrick from Lionsgate Television. The series has been one of the top performers on HBO Max streaming in the US, and will be coming to BBC One and BBC iPlayer soon as a boxset.

Love Life (10 x 30) is about the journey from first love to last love, and how the people we're with along the way make us into who we are when we finally end up with someone forever.

This fresh take on a romantic comedy follows a different protagonist’s quest for love each season, with each half-hour episode telling the story of one of their relationships. Anna Kendrick (Pitch Perfect, A Simple Favor) stars in the first season along with Zoë Chao (Downhill, Strangers), Peter Vack (Someone Great, The Bold Type), and Sasha Compere (Miracle Workers, Uncorked).

Sue Deeks, Head of BBC Programme Acquisition, says: “Love Life is so engaging and relatable - I am sure BBC viewers will really enjoy witnessing all the romantic experiences the characters go through in the series.”

Love Life is a 10 x 30 series acquired for the BBC by Sue Deeks, Head of Programme Acquisition, BBC. It is produced by Lionsgate Television and Feigco Entertainment. The series comes from creator Sam Boyd (In A Relationship), who co-show runs with Bridget Bedard (Transparent, Ramy).