The Pact is set to become BBC Wales’ next highly anticipated hit. 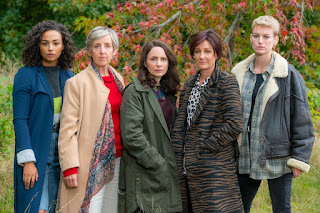 More thrilling drama is set to hit our screens after BBC Cymru Wales has announced that it has commissioned a brand new crime drama. With a strong cast and gripping storyline, The Pact is set to become BBC Wales' next highly anticipated hit.

With filming starting this week, the drama will follow the story of five friends, a sudden death and a web of lies.

Produced by Little Door Productions, it is written and created by Pete McTighe (Doctor Who, A Discovery of Witches, Wentworth), produced by Catrin Lewis Defis (Bang, Eternal Beauty) and directed by Eric Styles (Hidden) and Rebecca Johnson (The Flash).

The six-part series is due to air in spring 2021 and is the first commission for the Cardiff-based independent production company Little Door Productions.

"The Pact is such an exciting commission for BBC Wales. It builds on our strong portfolio of impactful drama, and like Hinterland, Keeping Faith and Hidden before it, brings together the best in the business to do their best work. It's a brilliant story and the strong cast and crew make this a highly anticipated series."