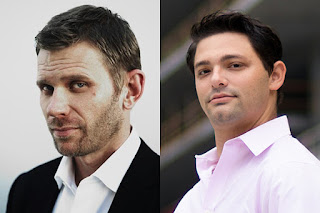 Mark Pellegrino, who is most known for his lead role as 'Lucifer' in the CW series "Supernatural," in addition to his lead roles in "13 Reason's Why," "Dexter," and "Lost," has teamed up with internet attorney Andrew Rossow to launch a campaign for "The Guardian Project," a new reality docuseries. "The Guardian Project" is a multi-tiered attack on the epidemic problems of public bullying and the spreading of libelous narratives on social media. The Kickstarter campaign officially launches Tuesday, October 27, 2020, to raise money to help create the reality docuseries that not only exposes online bullying and libel but offers community solutions and reformative justice for the victims.
https://www.kickstarter.com/projects/theguardianproject/the-guardian-project
The first and primary tier of "The Guardian Project," via its 'Catfish' like style, confronts victimizers and empowers victims to get justice.
The second tier is organized civilian support and protections for victims through virtual neighborhood watches.
The third-tier involves partnerships with tech start-ups, which promote contractual relationships between social media participants. Think civility through liability.
The fourth-tier is legal reform that empowers victims to seek legal restitution against those who would use social media platforms to harm the reputations and lives of those they don't agree with or like.
Pellegrino and Rossow both have similar backgrounds when it comes to facing bullying head-on, recognizing the intense waves that continue to flood social media and online communities. They have both publicly shared their stories of bullying, harassment, and assault they've faced over the years. Now they've come together to take action and play an active part in creating "The Guardian Project" for the greater good.

Email ThisBlogThis!Share to TwitterShare to FacebookShare to Pinterest
Labels: The Guardian Project