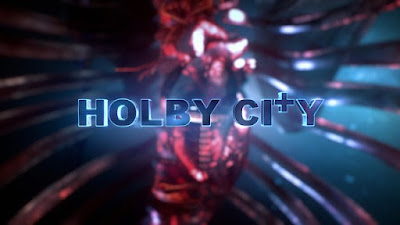 A big departure, new cast members, and lots of drama ahead!


Holby City has released a new trailer giving viewers a taste of what's in store when the series returns.
The series returns to BBC One on 10 November with a special coronavirus episode which sees Holby City's CEO Max (Jo Martin) wrestle to keep the hospital in control and her staff safe as the virus takes hold. But it's not just the pandemic Max is fighting, as Ric (Hugh Quarshie) goes head to head with Max for control of the hospital. As the task at hand proves to be bigger than anyone could have imagined, it begins to take its toll on Max and the Holby City staff, will they all survive?
Hugh Quarshie will be leaving Holby City after 19 years as Ric Griffin. Appearing in over 500 episodes, Hugh is Holby City's longest serving cast member. Throughout the show's history, viewers have seen Ric get caught up in shootings and explosions, separate conjoined twins, have five on-screen marriages and even get accused of manslaughter.
Hugh Quarshie says: "I came very close to quitting acting entirely before being invited to join Holby City. I had felt unfulfilled and that I never quite fitted in. Holby City changed all that. The work became absorbing, colleagues became friends. I wouldn't have stayed so long if it hadn't been a great place to work, and leaving will be like leaving home - a place where there is warmth and a welcome, a place to which you can always return…"
Coming up elsewhere in the series, Sacha's (Bob Barrett) colleagues are concerned by his strange behaviour, following Essie's (Kaye Wragg) death. Where has their friendly Sacha gone and on what is he up to with his ex-patient Jodie (Sian Reese-Williams)?
Cameron (Nic Jackman) is not in his element during the pandemic, but does not let this diminish his sense of entitlement to one of the top positions in the hospital. Nor does he leave his devious antics to his professional life, is Nicky the only Doctor on the ward who catches his eye?
Jac (Rosie Marcel) and Kian's (Ramin Karimloo) secret relationship is pushed to the limits thanks to Kian's addiction. Will they make it through or will Jac be challenged at the first hurdle?
Donna (Jaye Jacobs) sees an unwelcome friend return to Holby, but why is she so resistant to his charms?
Three new F1 doctors join the team: Josh Hudson (played by Trieve Blackwood-Cambridge), Jeong Soo-Han (played by Chan Woo Lim), and Skylar Bryce (played by Phoebe Pryce).
Psych nurse Lucky Simpson played by Vineeta Rishi also joins, brought in by Chairman of the Board Michael Townsend to help the hospital recover from the COVID crisis.
Kate Oates, Head of Continuing Drama at BBC Studios, says: "I'm delighted to have Holby back on our screens, and can't wait to see how recent months have impacted on our heroes of AAU, Keller and Darwin. Our hospitals have rarely been more important to us as a nation, and I'm excited to see that reflected in our drama - along with stories of love, loss and betrayal, plus some exciting new characters, and a returning favourite..."