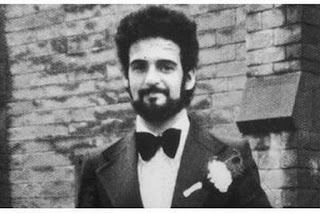 Following the phenomenal ratings success and critical acclaim of Des and White House Farm, ITV's Head of Drama Polly Hill has commissioned The Yorkshire Ripper  from the same producers, award winning independent production company, New Pictures in association with all3media international.
The drama will depict one of the most notorious and shocking serial killer cases in the world, the hunt for Peter Sutcliffe, dubbed the Yorkshire Ripper, between October 1975 and January 1981, police undertook the biggest manhunt in British criminal history. The search for Sutcliffe lasted five years, involved over a thousand officers and changed the way the British police worked forever.
Written by acclaimed screenwriter George Kay (Criminal), The Yorkshire Ripper is a true crime drama which will follow the desperate, cat and mouse hunt for Sutcliffe focusing upon the police investigation and the lives of the victims who fatally crossed his path.
Commented Polly Hill: "I am delighted to be working with Willow and Paul again, after they made the brilliant White House Farm. This promises to be a definitive look at this infamous case, and will be sensitively dramatised for ITV by this formidable team, who have a proven track record in bringing these true stories to screen."