Jimmy Carr, Alison Hammond and Amanda Holden announced as the celebrity panel for BBC One’s I Can See Your Voice 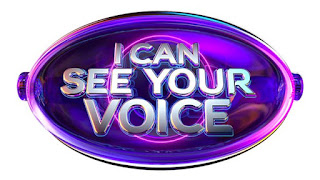 
TV presenter and comedian Paddy McGuinness will soon be taking the reins of the brand-new mystery music game show I Can See Your Voice and now, BBC One and producers Thames and Naked (part of Fremantle) can confirm joining Paddy on the series' celebrity panel will be the king of comedy Jimmy Carr, the inimitable Alison Hammond and national treasure Amanda Holden.
Jimmy Carr says: "I think a silly, crazy, fun hour of telly is just what we all need. And it doesn't come any more silly, crazy or fun than this."
Alison Hammond says: "I Can See Your Voice is going to be great fun and I am thrilled to be taking part. I'm a good judge of character and reckon I'll be able to spot who can sing or not straight away, so the players are in good hands if they hope to win that cash prize!"
Amanda Holden says: "I've seen first hand over my many years as a judge, how acts can shock you with an incredible voice. With my experience on stage, television and radio I think I have one of the best pair of eyes in the business for spotting talent so the masqureaders will really have to up their game to fool me!"
I Can See Your Voice will see two players aiming to win a cash prize by guessing who can and can't sing from a group of mystery singers standing before them. But there's a catch… can they predict who has the voice of an angel or who will leave them covering their ears in horror all without ever hearing them sing a note? Alison, Amanda and Jimmy will be helping the players along the way and will be joined each week by a different popstar.
As the singing sensations and musical masqureaders navigate through a round of lip sync challenges, they will be offering entertaining hidden clues to the celebrity panel who will help the players whittle down the group until there's only one singer left. The chosen one will then perform a duet with the popstar to reveal whether they can or can't sing. If the players have picked a good singer then they will take the prize… but if a bad singer is revealed, the imposter will pocket the cash.
I Can See Your Voice promises a whole new take on the singing game show genre as well as lots of music, comedy and play-along fun for the whole family to enjoy. It's the show that will prove that when it comes to singing talent, what you see isn't always what you get!
The show will be co-produced by Thames and Naked (part of Fremantle) for the BBC and will air in 2021. The 8x60' series was commissioned by Charlotte Moore, Director BBC Content and Kate Phillips, Controller Entertainment Comissioning. The Executive Producers are Amelia Brown and Louise Hutchinson for Thames. The Commissioning Editor for the BBC is Rachel Ashdown.
The series is based on a South Korean format from CJ ENM, debuting on Mnet in February 2015. Since the premiere, it has widely received acclaim with an International Emmy nomination for Best Non-scripted Entertainment Program, and increasing interest for local adaptations. It has been successfully commissioned in over 10 countries including Germany and the USA with a popular launch for the Amercian version this September. The show was number one show in it's time slot and the best unscripted Autumn debut in the all important 18-49 demographic.