Channel 4 confirms Stand Up and Deliver celebrity line up 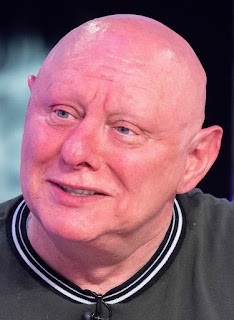 Channel 4 has today confirmed the five plucky celebrities who are set to be thrust into the often-unforgiving world of stand-up comedy for Stand Up and Deliver, an entertaining new two-part series in support of Stand Up To Cancer.
Broadcaster and Reverend Richard Coles, Happy Mondays frontman Shaun Ryder, former Conservative Party Co-Chairwoman Baroness Sayeeda Warsi, Love Island's Curtis Pritchard and former Coronation Street actress Katie McGlynn will each be paired up with an established comic who'll mentor and train them in their attempt to master the art of stand-up comedy.
David Baddiel will coach Reverend Richard Coles, Jason Manford will be tasked with shepherding Shaun Ryder, Nick Helm will guide Baroness Warsi, Judi Love will be in charge of Curtis Pritchard and Zoe Lyons will champion Katie McGlynn.
Comedy is no laughing matter; it takes great skill and timing to deliver a stand-up routine. The professionals have years to perfect their art whilst these celebrities have just weeks. The five famous faces will be tasked with perfecting their routine alongside their celebrity mentor before performing in a special stand-up performance. Who'll have the last laugh and get top-billing as Stand Up and Deliver Champion?