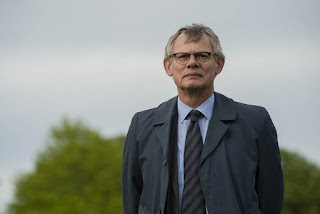 ITV's Head of Drama Polly Hill today confirmed commission of a sequel to the critical-ly acclaimed drama Manhunt, starring Martin Clunes as the former London Metro-politan Police detective, DCI Colin Sutton.
Manhunt II: The Night Stalker, a four part drama, is the real life story of the police pursuit of a notorious serial rapist, whose 17 year reign of terror left thousands of el-derly people in south east London living in fear. It is based on the diaries of Colin Sut-ton.
Acclaimed actor Martin Clunes will again take the role of DCI Sutton, the detective portrayed in the first series of Manhunt tenaciously pursuing serial killer Levi Bell-field.
The first series of Manhunt attracted an average audience of nine million viewers, and was the highest rated new drama on any channel during 2019. The drama also won many plaudits for Martin Clunes' portrayal of the dedicated detective.
Manhunt II The Night Stalker is written by Ed Whitmore (Silent Witness, Rillington Place, Strike Back), who also wrote the first series of Manhunt, which told the real life story of how the murder of Amelie Delagrange on Twickenham Green in 2004 was eventually linked to the murder of Marsha McDonnell in 2003 and the abduction and murder of Milly Dowler as she travelled home from school in 2002.
Both dramas are produced by Buffalo Pictures. The executive producer is Philippa Braithwaite, the producer is Jo Willett, the co-producer is Evie Bergson-Korn, the di-rector is Marc Evans. The stories are by Colin Sutton and Ed Whitmore, who is also an executive producer.