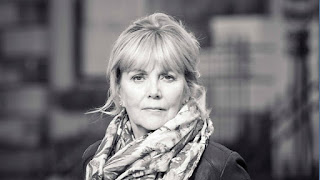 BBC One has commissioned a four-part adaptation of Kate Atkinson's Costa Award-winning Life After Life from House Productions.
The production company set up by Tessa Ross and Juliette Howell, which was behind the Emmy- nominated Brexit - An Uncivil War starring Benedict Cumberbatch, has secured the order for the epic drama which has been adapted by award-winning playwright and screenwriter Bash Doran (Traitors) and will be directed by Bafta Award-winning director John Crowley (Brooklyn, Boy A).
Life After Life is an intriguing, gripping and heartwarming story which centres on Ursula Todd, who dies one night in 1910, before she can draw her first breath. On that same night in 1910, Ursula is born and survives. She finds herself time and again, living and dying in different circumstances only to be reborn into a new, alternative iteration of life once more. This compelling and thoroughly unique story sees Ursula navigating her way through a critical era which spans two world wars, an encounter with Hitler and plenty of major life events. But what is it that Ursula so desperately needs to stay alive for?
Each of Ursula's alternative lives brings new challenges and half memories of what has come before, and with every one, fascinating, joyful, traumatic, witty and surprising experiences and relationships. Having an infinite number of chances to live her life, immense questions emerge: Can you ever lead a perfect life? Can you change the course of history? Can you save the world?
Tessa Ross and Juliette Howell, executive producers, say: "We feel hugely privileged that Kate Atkinson has entrusted the adaptation of her bestselling, award winning novel Life After Life to House. We have brought together an immensely talented team who love the novel as we do to: Bash Doran's scripts brilliantly capture the heart and soul of the novel, the warmth and scale of its world and the extraordinary characters who inhabit it. All human life is here, told through the experiences of Ursula who keeps on dying and being reborn.
"And in John Crowley, we know we have a wonderful and ambitious director who brings huge heart, gripping storytelling and an extraordinary visual flair to this incredible story. We can't wait to get started."
Piers Wenger, Director of BBC Drama, says: "We are honoured to be able to bring Kate Atkinson's adored Life After Life to life on the BBC. With the incredible team of Bash, John and House Productions behind it we have no doubt that this is going to be a really remarkable adaptation."
Filming on Life After Life will take place in spring 2021. Bash Doran has written all four episodes, John Crowley will direct and the producer is Kate Ogborn (End of the F***ing World). Doran and Crowley will be executive producers as will the novel's author, Kate Atkinson. Tessa Ross and Juliette Howell are executive producers for House Productions and Lucy Richer for the BBC. It was commissioned by Charlotte Moore, BBC Chief Content Officer, and Piers Wenger, Director of BBC Drama. BBC Studios will be the international distributors of the series.