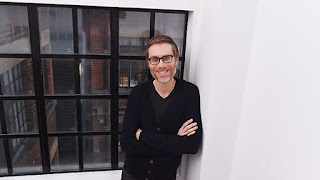 The series follows seven strangers from different walks of life forced together to complete a Community Payback sentence in Bristol. As they become involved in each other's lives, they also become involved with a dangerous criminal gang.
At first, the Offenders seem like archetypes easy to pigeonhole, but gradually we see behind their façades, understand their hidden depths and what made them the people they are today. We are reminded that no one is all good or all bad. Everyone has a story.
Academy Award winning actor Christopher Walken becomes an offender undertaking community service in his first lead British television role, alongside writer and director Stephen Merchant, with Rhianne Barreto, Gamba Cole, Darren Boyd, Clare Perkins and Eleanor Tomlinson.
Meet The Offenders:
Rhianne Barreto (Honour, Hanna) plays Rani, a gifted but rebellious maths student who has been hot-housed from a young age by her loving but controlling parents
Gamba Cole (Soon Gone: A Windrush Chronicle) plays Christian, a young man struggling to raise his kid sister while staying one step ahead of the Brook Hill Crew, a notorious Bristol crime gang
Christopher Walken plays Frank, an inveterate scoundrel trying to reconnect with his family
Stephen Merchant (The Office, Jojo Rabbit) plays Greg, a lonely lawyer coping with divorce, work-place bullying and scary men with knives
Darren Boyd (Killing Eve, Lucky Man) plays John, a businessman and law-abiding pillar of the community furious at being labelled a criminal
Clare Perkins (EastEnders) plays Myrna, an ageing activist and campaigner who has lost none of her youthful radicalism
Eleanor Tomlinson (Poldark, The War of the Worlds) plays Gabby, an aristocratic celebutante whose glamour and life of leisure masks deep-rooted problems
Additional cast include: Jessica Gunning (Back, Pride) as Diana; the Offenders' Community Service Supervisor, who supervises with what she deludedly believes is an iron first, Dolly Wells (Dracula, Doll & Em) as Frank's daughter, Margaret, Ian McElhinney (Game of Thrones, Derry Girls) as John's father, John Snr, Nina Wadia (Goodness Gracious Me, Bend it like Beckham) as Rani's mother, Shanthi, Aiyana Goodfellow as Esme and Charles Babalola as Malaki.
Stephen Merchant says: "Like so many other productions, we'd just begun filming when Covid-19 struck and we had to shut down. I'm delighted that we're now finally able to resume filming with this incredible cast and finish this long-standing passion project. This is the first series I've made in my hometown of Bristol and I'm so excited to showcase the city and utilise the amazing local talent."