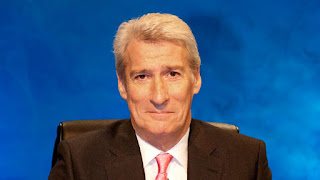 Each team will compete in one of seven first round matches, after which the four teams with the highest winning scores will face each other in two semi-finals. The winners of each of those ties will then face each other for the series crown.
Produced by ITV Studios, the series begins on BBC Two on Monday 21 December at 8.30pm, with the first of this year's clashes between Christ's College Cambridge and St. John's College, Oxford.
Peter Gwyn, Executive Producer, ITV Studios, says: "From architects to authors, comedians to sports stars, we are once again looking forward to welcoming our distinguished alumni as they battle it out for the coveted title of being the Christmas University Challenge champions."
Fixture List:
• Christ's College Cambridge v St John's College, Oxford
• Manchester v Queen's, Belfast
• Courtauld Institute of Art v Goldsmiths
• Nottingham v Sheffield
• University of Central Lancashire v Loughborough
• Durham v Downing College, Cambridge
• New College, Oxford v Reading
• Semi-final 1
• Semi-final 2
• Final