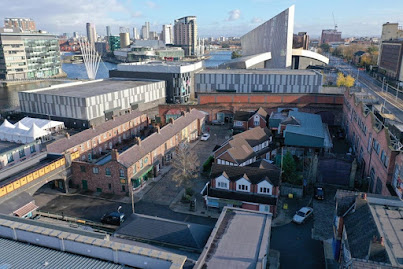 ITV Studios Coronation Street has kicked off its Anniversary week by releasing two stunning bird's-eye views of its present 'home' next to a photo of the studio it all started in sixty years ago this Wednesday (9th December).
Showing what is now 'the biggest single television production site in the world' - the 7.7 acre site in Trafford, MediaCityUK, is a TV phenomenon and home to the 400 plus people it takes to make a single episode of the nation's favourite soap. 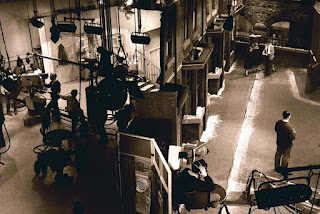 Now sixty years, 10190 episodes, sales to over 130 countries, tens of millions of viewers on - the programme's home is an impressive site standing proudly in the shadow of the cities of its birth with the Salford and Manchester skylines, and Pennine hills beyond.
It's also quite a home for a show where the original cast of just 12 were filmed in Studio 2 at Granada Television.  Where one wooden set represented the street and the now infamous cobbles were painted onto the studio floor with actors pretending to 'step up' on to an imaginary kerb.
'Corrie' has been situated on the canalside at MediaCityUK since 2014. Further developments were completed in 2018 with the Victoria Street extension and another two studios, leading to a total of six dedicated studios for the programme. 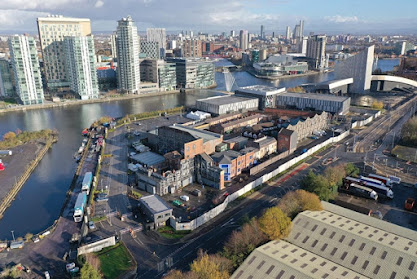