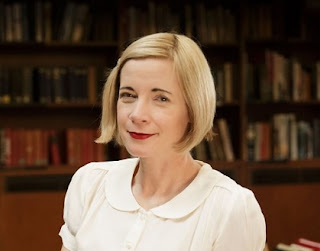 BBC One has commissioned a special film exploring the Blitz, to mark the 80th anniversary of this cataclysmic event. Blitz Spirit with Lucy Worsley (1 x 90 min) will uncover the real-life stories of ordinary civilians caught on the frontline of a bloody and terrifying war. Night after night, from September 1940 until May 1941, German bombers attacked British cities, ports and industrial areas, in heavy and frequent attacks. Made by Blakeway Productions, part of Zinc Media Group, the film will reunite the team behind the Bafta Award-winning BBC One's Suffragettes With Lucy Worsley.
Simon Young, BBC Commissioning Editor, says: "Never has there been a more timely moment to explore what Blitz Spirit really means - and to unpack the archetypal experience of Britons in the midst of crisis. And there is nobody better equipped to tease apart the myths and truths of this piece of national folklore than Lucy and the team who made Suffragettes such a standout success."
Emma Hindley, Creative Director, Zinc Media, says: "I'm very excited to be working again with the Bafta Award-winning team and director Emma Frank. This time, through finding powerful first-hand accounts from biographies, oral history collections and private, unpublished diaries, Lucy will tell the story of some of the 'ordinary' women and men who lived and died in the Blitz and unpack some of the myths that surround this chapter in the UK's national story."
Lucy Worsley adds: "Having helped out the Suffragettes with their 'outrages' in 2017, I can't wait to visit a different and even more devastating part of the 20th Century with the same team."
Between 7 September 1940 and 11 May 1941 the suburbs, streets and homes of ordinary British people became a battleground. People living in London and other cities in the UK found themselves fighting a faceless enemy that rained death and destruction down on them from the sky, night after night. Nearly 50,000 people would perish beneath the rubble - in the tube stations and the bomb shelters, in their backyards and in their own beds. Women found themselves stepping into jobs that had previously been closed to them - on the frontline, volunteering for Civil Defence roles in their thousands - to be ARP wardens, stretcher bearers and nurses, alongside men who were unable to join up or who worked in key roles like the fire service. Blitz Spirit with Lucy Worsley will reveal how they took on the daily realities, the terrifying build-up, the horrors and even the thrills, of life during the eight-month Blitz.