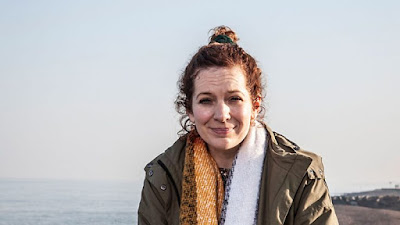 With family morale at an all-time low, the Jessops decide they're going to have their summer holiday after all, even if it means doing it in October. In Margate. All filmed by their youngest son, Pandemonium charts the Jessops last, dogged attempt at some quality family time in 2020, despite the best efforts of a global pandemic to pull them apart.
Pandemonium, a 1x30' is a BBC Studios production for BBC One written by Tom Basden. It was commissioned by Kate Phillips, Acting Controller BBC One and Shane Allen, Controller Comedy Commissioning. The Executive Producer is Josh Cole. The Commissioning Editor for the BBC is Gregor Sharp.
Character Overview - Rachel Jessop
A positive problem-solver, Rachel is hellbent on finding ways for the family to enjoy 2020, even when their plans have been totally trashed by the Coronavirus. Taking it upon herself to prop up the family finances and her husband Paul's self-esteem, Rachel goes to extreme and increasingly risky lengths to hold things together and give them the holiday she promised.
Can you give us an overview of the story?
Pandemonium follows a family over the last year who have to change their plans for a holiday of a lifetime to California.
What drew you to Pandemonium?
I was drawn to the script because it was Tom Basden writing, and also because I think it is extremely timely and will resonate hugely with everyone.
How do you relate to the Jessop family and your character Rachel?
I especially relate to Rachel's passion for the van Tulleken twins.
Do you have any favourite moments from filming?
My most memorable moment was jumping in the freezing Margate sea. I actually quite enjoyed it in the end but never again.
There's so much to watch over Christmas. Give us one really good reason Pandemonium should stand out as one to watch?
Pandemonium is what we've all been through the last few months, and I hope it presents the funny side to what has been a testing time for us all. 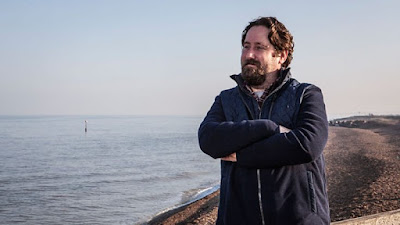 Character overview - Paul Jessop
Despite his best efforts to project confidence, Rachel's husband Paul is a fairly insecure soul, prone to overthinking things and occasional defeatism. Always harking back to his glory days as an Olympic Archer in his 20s to bolster his ego, Paul takes himself very seriously - even if the rest of the family find him quite ridiculous.
What drew you to Pandemonium?
Firstly, the script. I love Tom's work, always funny and smart and secondly, the concept. I really liked the idea of being in a family sitcom, shot via the eye of a home video.
Can you talk about your character Paul? Does he change throughout the episode?
Paul is an ex Olympic archer at a loose end because his archery school has closed due to Covid. He is a man who still lives off his former (almost) glory and is ridiculed by his family on a daily basis. He's also addicted to fudge.
What was it like working with Katherine and the other cast?
Katherine is a dream sitcom wife. She's incredibly funny and very nice. The other members of the family are very nice and very good too. It was a playful week full of delicious corpsing.
Do you have any favourite moments from filming?
We had to film in a car on the back of a low loader (a trailer thing on the back of actual car, actually being driven). That was fun. We had to make up car games and improvise songs. We went quite a way up the M1, after a while you forget you're being towed. That is until Katherine takes her hands off the wheel and everyone's terrified for a second.
There's so much to watch over Christmas. Give us one really good reason Pandemonium should stand out as one to watch?
It's a good old-fashioned funny family sitcom but the concept is cool and makes it feel modern and real. Almost like a documentary. So, it actually offers something completely different. Modern Family meets Blair Witch!

Email ThisBlogThis!Share to TwitterShare to FacebookShare to Pinterest
Labels: Pandemonium