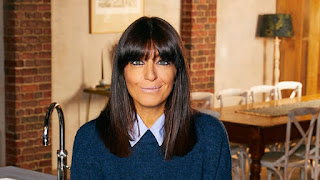 Celebrating the very best of home cooking, ten stars and keen home cooks from the worlds of sport, TV and comedy will cook their hearts out with one goal: to serve up brilliant and tasty food to impress the judges in a bid to be crowned Celebrity Best Home Cook 2021.
The famous faces donning the Best Home Cook apron for the first time are reality TV star Ferne McCann; broadcaster and former Shadow Chancellor, Ed Balls; Don't Take My Baby and Years And Years actor Ruth Madeley; Celebs Go Dating's Tom Read Wilson; Coronation Street and Doctor Who actor Shobna Gulati; CBBC presenter and Strictly contestant Karim Zeroual; journalist and presenter Rachel Johnson; comedian and presenter Ed Byrne; comedian and writer Desiree Burch and former Welsh rugby captain Gareth Thomas.
In each episode the celebrities will face two rounds: Mary's Ultimate challenge, where contestants serve up their tried and tested dishes for special occasions. Followed by Chris's Rustle Up challenge, where our celebrities really have to think on their feet, given one star ingredient and one hour to make it shine. For those who haven't impressed by this stage it's time to face Angela's Eliminator round. Going head to head they will follow one of Angela's recipes to a tee. The result of this dish alone, judged blind, will determine who stays in the competition and can return to cook another day.
The Celebrity Best Home Cook kitchen, as with most things in the last year, has undergone some changes. To give everyone plenty of social space, the celebrities don't live together as they have in previous series, and there's a revamped kitchen, including a brand new mezzanine level, giving the judges a unique vantage point to assess each celebrity's cooking skills as they tackle the challenges.
At the end of Mary's Ultimate challenge, the celebrities return home to share their thoughts from the day and what they think they may have in store ahead of Chris's Rustle Up challenge the following day.