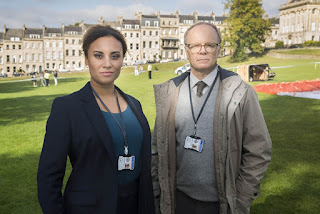 Filming has now finished on the contemporary detective drama series, produced by leading independent production company, Mammoth Screen, an ITV Studios company, and is due to air next month on ITV.

Set in picturesque Bath, the series pairs feisty DCI McDonald, who has recently transferred from London's Met Police, with the unassuming DS Dodds, who has been happy in the background for most of his working life. To McDonald's surprise they form an unexpectedly effective crime solving partnership.