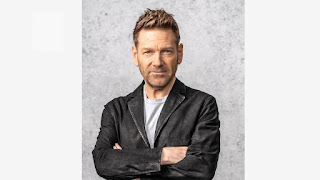 Sky today announced the commission of a major new limited series, This Sceptred Isle. The Sky Original drama which will air on Sky Atlantic and streaming service NOW TV will be produced by Fremantle, Richard Brown's Passenger and Michael Winterbottom's Revolution Films. BAFTA and Emmy award-winning actor Kenneth Branagh will play U.K. Prime Minister, Boris Johnson. The five-part drama will chart the events surrounding the U.K. Prime Minister, the government, and the country in the face of the first wave of the global pandemic.
This Sceptred Isle will tell the tale of some of the most devastating events to ever befall the United Kingdom, and of a Prime Minister leading in these unprecedented times. The drama will trace the impact on Britain from this once in a generation pandemic, and the response of scientists, nurses, and doctors as they worked tirelessly and heroically to contain and overcome the virus. It is based on the first-hand testimony of people from all walks of life; from Number 10 Downing Street, the Department of Health, The Scientific Advisory Group for Emergencies (SAGE), and from hospitals and care homes across the country.
Michael Winterbottom has co-written the series with Kieron Quirke, and will direct all five episodes. He will also Executive Produce alongside Richard Brown (Passenger). Melissa Parmenter (Revolution Films) will produce alongside Josh Hyams and Anthony Wilcox. Tim Shipman, political editor of The Sunday Times, is acting as a consultant on the series. This Sceptred Isle is the first project to emerge from a multi-year first look deal for scripted drama series struck by Fremantle and Passenger with Revolution Films.
Winterbottom has a track record of making factual based dramas including the award-winning films Welcome to Sarajevo, A Mighty Heart, 24 Hour Party People and The Road to Guantanamo.